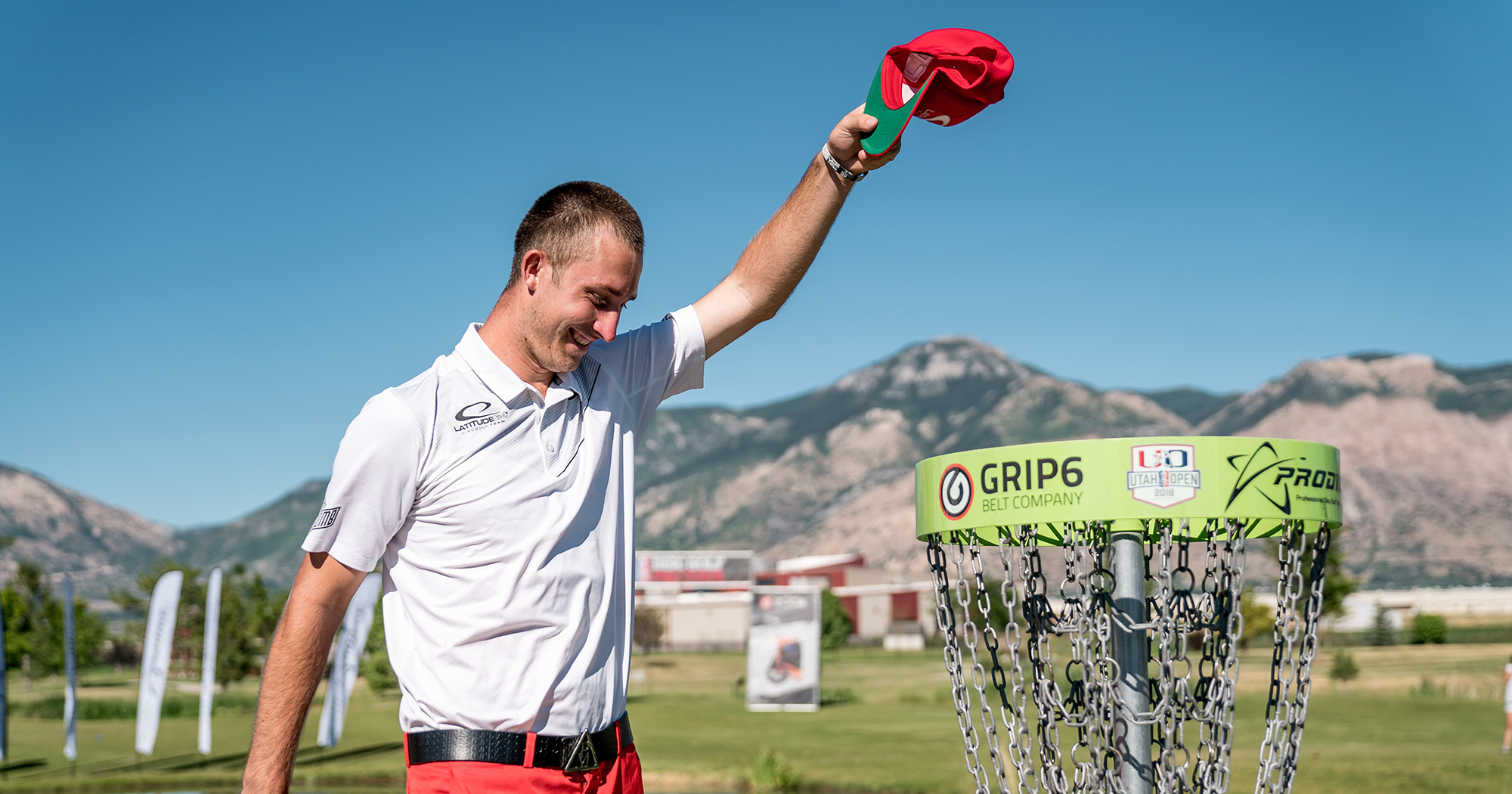 The life of a touring disc golfer seems rather glamorous from the outside, but when you’re committed to performing at a high level across the world, schedules can become crazier than you’d expect. We caught up with Ricky after his Utah Open win while he was en route to Europe, and after a red-eye to Chicago, he had a few moments to share with us some of his thoughts about the most recent DGPT stop.

Mulligan’s Creekside Disc Golf Course isn’t designed to be easy, and with an immense about of out of bounds as well as elevated baskets and hazard bunkers to deal with, it provides an ideal setting for intense competition. Wysocki played well during Friday’s round and it was clear that he was in a position to win, but with high winds challenging players on Saturday, the 1044-rated player was a little more strategic:

“Saturday’s round was more about maintaining for me and giving myself the chance to win. I wanted to salvage the day and salvage the round. I play well with a lead – I didn’t have the best round but sometimes that’s what it takes to be a champion – to overcome the tournament and whatever it throws at you.”

After coming up several strokes short of other well-known names on tour, Ricky knew he had to take Saturday’s lessons and learn from them quickly.

Fans of Wysocki’s game know that he and Paul McBeth are often neck and neck during the final round of a tournament, but with the immense success of Eagle McMahon this year, the men now found themselves with more competition than usual.

Adjusting to this new dynamic seems difficult, but Wysocki almost feeds off of the energy. “It’s nice to have a little stress,” he laughed. Yet Ricky is also well aware of how this increased level of competition can affect him:

“Nowadays people are playing at such a high level that you’re not just gonna ease your way into a win. There’s always someone who’s gonna play well – that’s always going to push me. I play well and I play into my competition. If someone’s doing well I feed off that. [Eagle and I] really thrived off each other, and the same thing happens for Paul. He was in a different group and we were still well aware of what he was doing because he played so well.”

Wysocki is now scheduled to spend nearly a month in Europe and will be playing some of the most prestigious events the area has to offer. Congratulations on the Utah Open win Ricky!