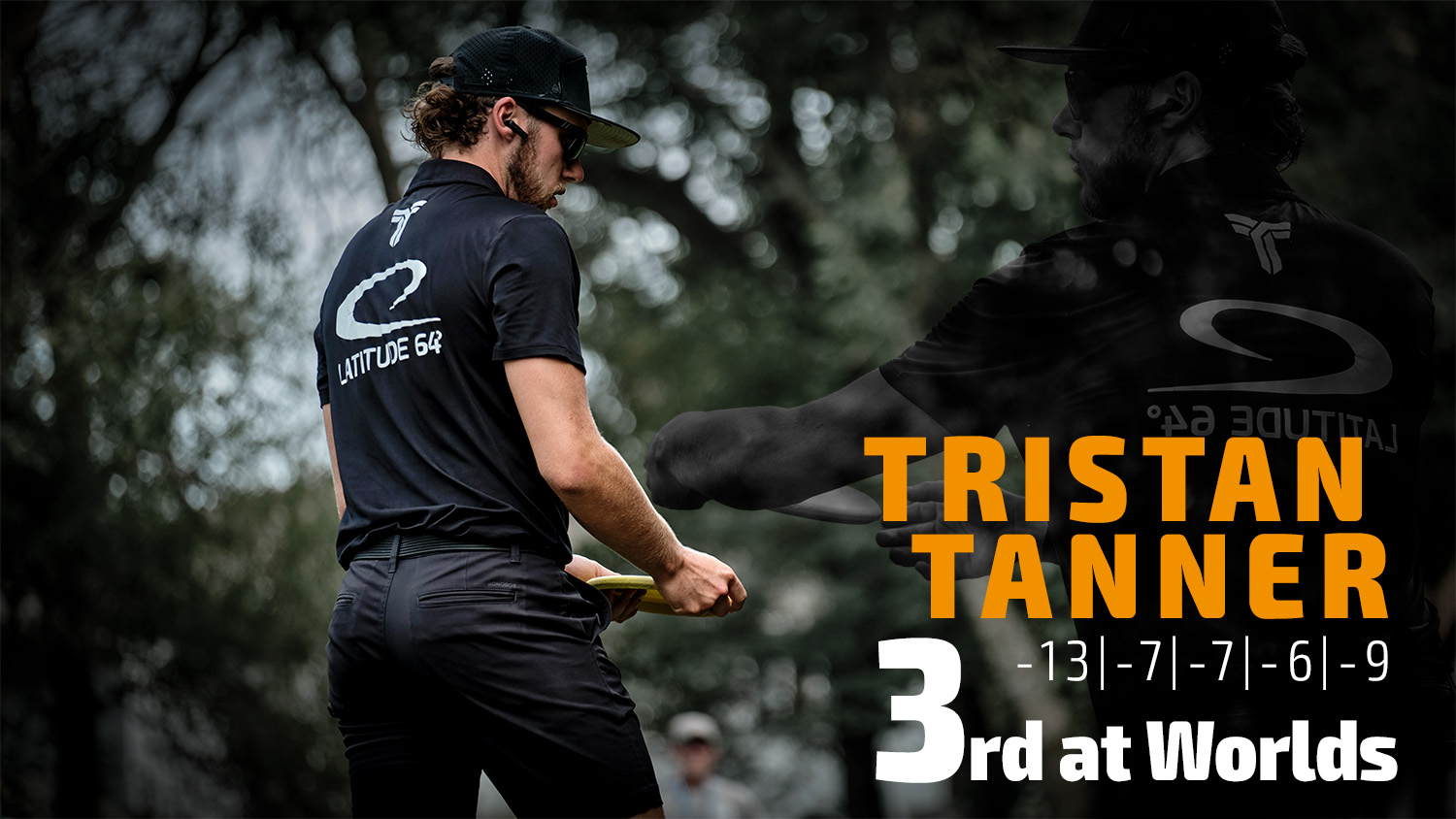 Tristan Tanners game is strong with an impressive third place at the Worlds Championships 2022.

What made your game as strong as it was during Worlds?
All season I have felt like I have been capable of having performances like this but I have had some unfortunate timing with injuries that have made it hard to play the game I know I have. I am constantly trying to improve the way I play, train and recovery but I feel like I am in a good place right now across the board.

This was your highest placement this year. What does that mean for you now and going forward?
It sounds kind of silly but I am already back into my normal practice and training routine. Sure it was a great performance but more so than anything it proved that I have found and committed to the right formula for me. This is just the starting point of where I want to go in my career, no time to let up!

What are some discs that you relied on during the week?
I played the courses completely differently each round so my whole bag got a lot of work. My Rives were getting a ton of work at both courses and were what I threw some of my most crucial shots of the tournament with! I have three Glory’s in the bag that I am loving more and more as I get them seasoned. They were my fairway finder disc this week when I didn’t quite need as much distance but certainly wanted right in the middle. Pioneer’s took the responsibility for the majority of my sidearm shot this week, I felt like I could place them wherever I wanted. I just put the Culprit in the bag before the tournament and have really been loving it for approach shots. Last but not least, Shields, I don’t think there will ever be a new putter to come along that fits my flight better for putting. I love them!

What´s the most random thing you have in your bag?
Normally I have at least a small stash of used tape somewhere in my bag. I have to wrap one of my fingers when I play to prevent blisters and sometimes there aren’t trash cans…

You´re listening to music while playing. What are the tunes?
I don’t have more then one song from any artist on my playlist really but here are a top 5 – That’s as close to a top five as I can make, tho my playlist is 10hrs long.
Del Water Gap – Perfume
Group Project – M.C.K
Myles Parrish – Dixie Cup
Function Adams – Jungle Juice
The Astonomers – Hotel Rooms

Latitude 64° is beginning a new chapter!
Scroll to top