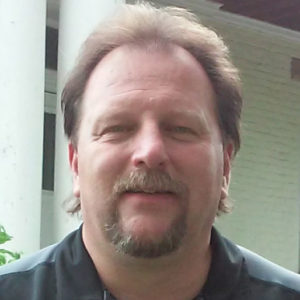 My most memorable moment has to be last years World Championships in Emporia, KS. Caddying for my wife and Lat 64 Ambassador, Donna Payne Barr during the finals in Women’s Pro Grandmasters on the Emporia Country Club Hybrid layout. She is the first person from our region (NE Tennessee – SW Virginia) to ever make the finals at Worlds and she was amazing! She finished tied for 2nd!!

Throughout my career, I have had many memorable wins but none of them made me prouder than I was of her that week!

If you really must have something about me, winning two A Tiers and the Virginia Team Invitational in 2012 and 2016 are big moments. I guess the only other one that I should mention would be in 1999. That was the year Innova introduced the USDGC. Excitement was at a fever pitch as players tried to qualify for the first ever United States Championship. I went to Bowling Green, KY to try and qualify. Back then, the top 10 non-qualified scores got in. I finished tied for 18th, made $150 and most importantly….qualified!!! It was an amazing feeling when, after nearly an hour of wondering and waiting while scores were tallied, I got the good news!!  That was the funnest 6 hr drive home I have ever taken!

WHY DO YOU LOVE DISC GOLF?

My first experience with disc golf was in 1984. I decided to go to Warriors Path State Park and see what Frisbee Golf was all about. Armed with a single, very old school Wham-O type frisbee, I started on Hole 7 (because I had no idea where Hole 1 was) and quickly discovered I could not throw it as hard as I wanted to. The frisbee was simply too hard to master by someone who had strength but no finesse. After 3 holes I became frustrated and left. Two years later, some friends of mine invited me to join them for some “Disc Golf” at Warriors. I will never forget my response, “disc golf sucks!”. When they asked why, I related the story. “Oh, you haven’t thrown a golf disc, they are much better”, they said. One of them let me borrow a disc, a Roc or a Stingray, I can’t remember which it was. Regardless, when I threw it a light bulb went off in my head! Now that’s what I’m talking about!! Since that moment I was hooked!! I have been fortunate enough to have played some amazing courses and met even more amazing people!! The combination of beautiful vistas, serious competition, and the never-ending challenge of the game makes Disc Golf the game I choose to play!!