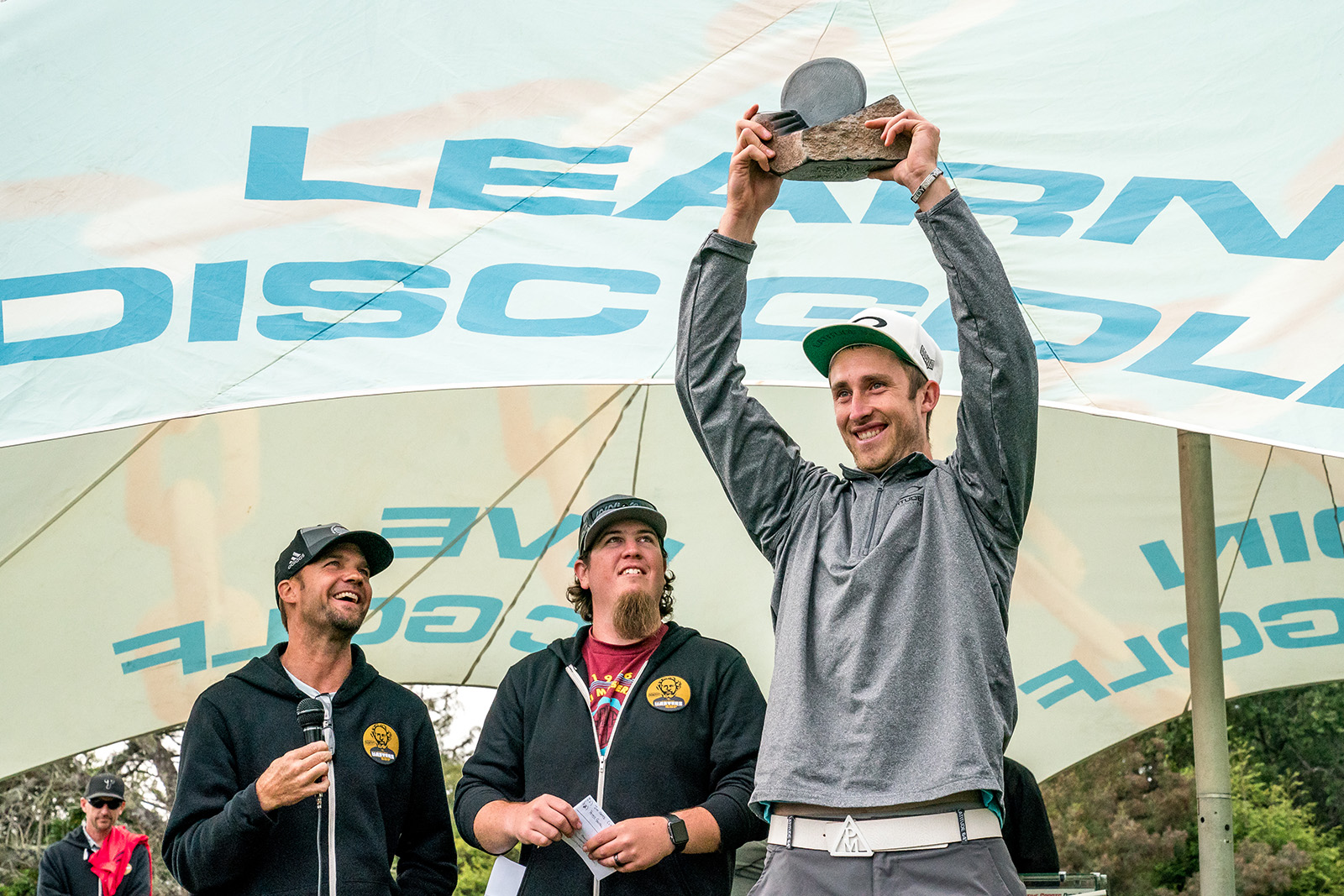 Anyone who has followed Ricky’s game over the last few years knows that he has what it takes to pull off an impressive win under a range of circumstances. Whether he’s on a challenging course or is battling it out neck and neck until the last hole, he has the poise and composure needed to rise to the top of the ranks.

This last weekend in Santa Cruz, CA was no different, as the 2018 Masters Cup saw Wysocki yet again excel. What was different, however, was the company he kept during each round and how he approached competition on the final day.

Traveling on tour often times means less practice time than you’d think, but Ricky makes a note to arrive at each stop with plenty of time to prepare. “I showed up on Monday to start practicing and played two rounds a day for the first two or three days to re-familiarize myself with DeLa,” he said.

While players often note their love of the Masters Cup for its challenging holes and beautiful scenery, this year held a little more importance for Ricky. Noting that winning any NT is something to be proud of, he feels that this event brings a little something extra:

“Within the NT series, it’s within the top few that have prestige. With the course and the tournament itself there’s a lot of history, so it feels a lot better than most NT’s to win. It’s such an old event – when you win that tournament your name is going to be known forever.”

Wysocki started off the event right shooting the hot round on Friday with a 10 under par. This cushion gave him the ability to be more cautious during the next two days of play, and it also allowed some room for him to reexamine his mental game.

Sunday’s round saw him trading strokes back and forth with Northern California local Josh Anthon, and having a contender that’s out of the norm certainly contributed to the mood of the day. “It has a different feel – when me and Paul are battling you can feel the rivalry and the intensity. Of course that’s still there with me and Josh – we both want to win, that’s the bottom line. It doesn’t mean I’m going to change the way I play, it’s just the atmosphere that’s different,” Wysocki explained.

Thankfully, he’s spent years focusing in on his mental game and certainly has the skill set to perform whenever and wherever. This event marks Wysocki’s second Masters Cup win – congratulations Ricky!

Full results at PDGA.com >>
Check out the video coverage on Jomez >>

Wysocki wins Utah Open with 1105 rated round
Scroll to top