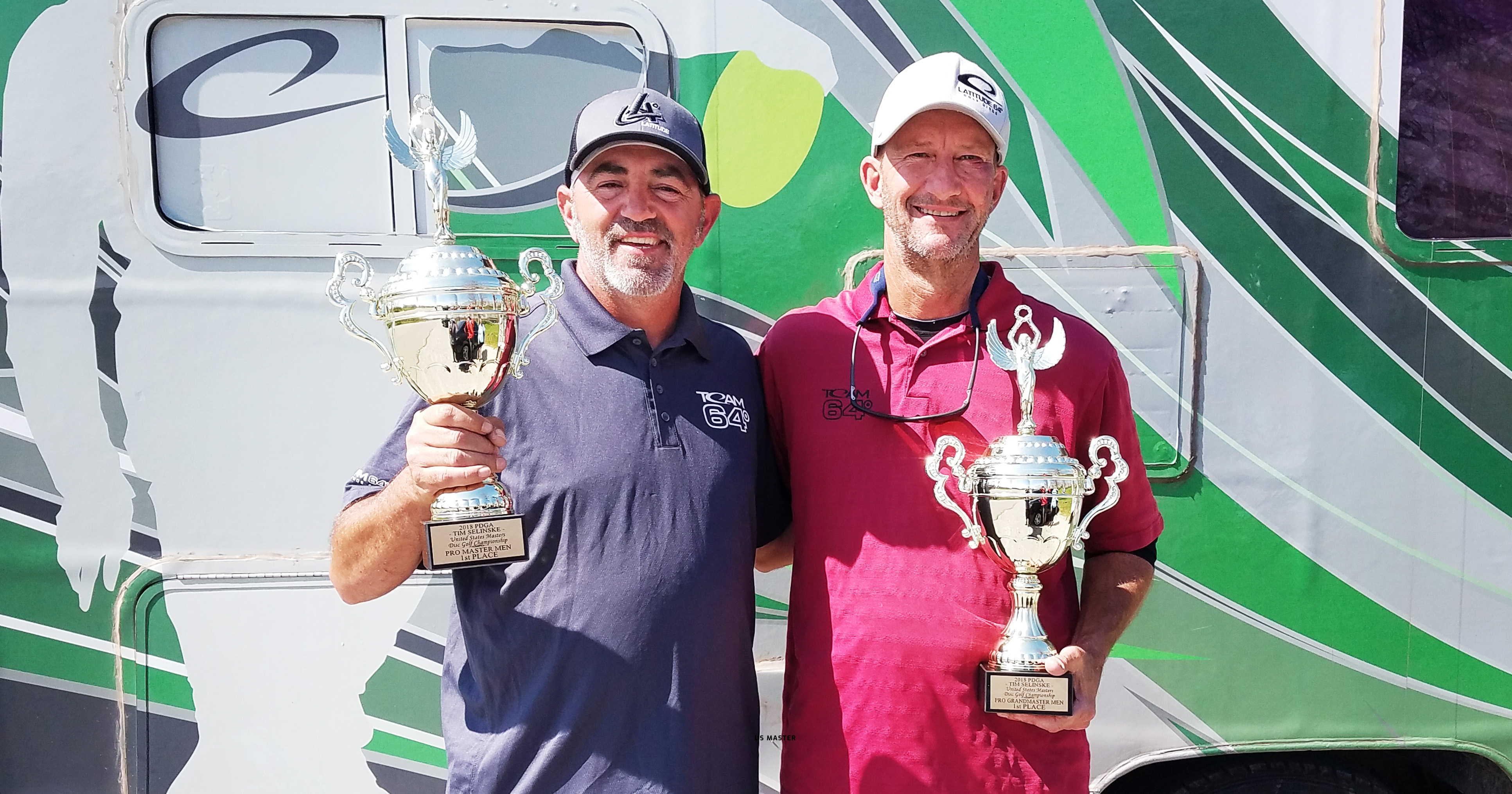 The 2018 PDGA Tim Selinske US Masters Championship was held this weekend (May 6-8th) and teammates JohnE McCray and Eric Rainey both won their divisions. JohnE in Pro Masters 40+ and Eric in Pro Masters 50+. David Feldberg finished at 6th place in MP40.
We had a quick chat with the two Major winners.

Congratulations JohnE. You had a strong game and won with a 5 shot margin. Why do you think you played so well this weekend?
“I believe I played so well because I was mentally focused on every shot and the conditions were perfect with very slight winds. My Saint Pros were doing exactly what I wanted them to do as well as alk my discs. I was very confident and sure of every shot I was making.”

How was the tournament experience other than your game?
“It was great to see so many Hall of Fame members and people that I look up to and the six Floridians that helped me feel like I was at home. The Flymart and players party were a lot of fun too.”

Which discs was important for you?
“The Saint Pro was finding the tight lines very nicely. My Giants and Gladiators were bombing. My Shield was finding chains from everywhere. My bag was set up as follows. Shield, Swan 1 Reborn, Gauntlet, Fuse, Warship, Anchor, Two Saint Pros (Gold and Opto-X), Giant, Gladiator, Stiletto and a Fury.”

What tournaments are you planning to play the next couple of weeks?
“I have three clinics scheduled and I’m playing in The Madisonville Open, The Rocket City Blast, Tennessee State Championships.”

Congratulations Eric! You just came from a win at the Glass Blown Open and now the US Masters Championship. How was this tournament?
“I was able to stay relatively focused during the rounds and take one shot at a time. From a physical standpoint, I have been fortunate to be healthy and stay injury-free this year. For myself, I try to maintain an on-going exercise routine and eat well, play a few casual rounds a week with buddies, do some occasional field work, and practice putting every day.”

What tournaments are you planning to play the next couple of weeks?
“Aside from some local tournaments, the Kansas City Wide Open in early June is next on the radar. This will be a good opportunity to play the two courses in preparation of the 2018 Pro Masters Worlds at Kansas City in August.”