Play the big tournaments and tour with the big players.

Ultunakampen 2016
When I as a 13 year old junior girl won the Ultunakampen after a playoff against two of the best FPO players in Sweden. After two round we had played the exactly same score. The playoff started at hole one and we all got the same score again. Hole two was a tricky tight downhill hole, I was the last one up on tee, I was really nervous but i knew that I could make the shot that I needed. I was super happy when I saw my favorite white Pure landed up next to the basket. That shot took me to my first FPO victory.

Swedish Championships 2018
When I played my highest rated round in my career. It was the third round on Hästhagen Disc Golf Course. Before teeing off it was a heavy rain and thunder and it was still drizzling when we started, after 5 holes I had a feeling that I played really good. It was one of those days when driving, approach play and putting worked together. The last holes was played in total nervousness and sunshine.

“I love my Pure because it has a really good grip and I trust it in every situation.” 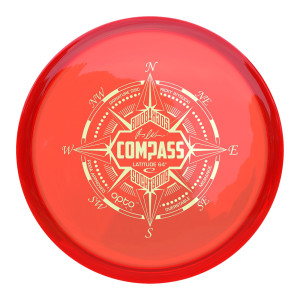 “My favorite midrange. Compass will always show me the right way.” 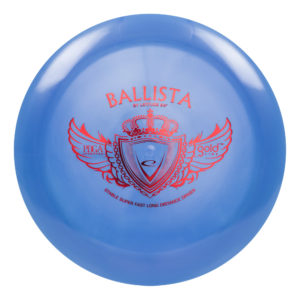 “My Ballista is my most used driver because it feels good in my hand and it flies long and straight.”