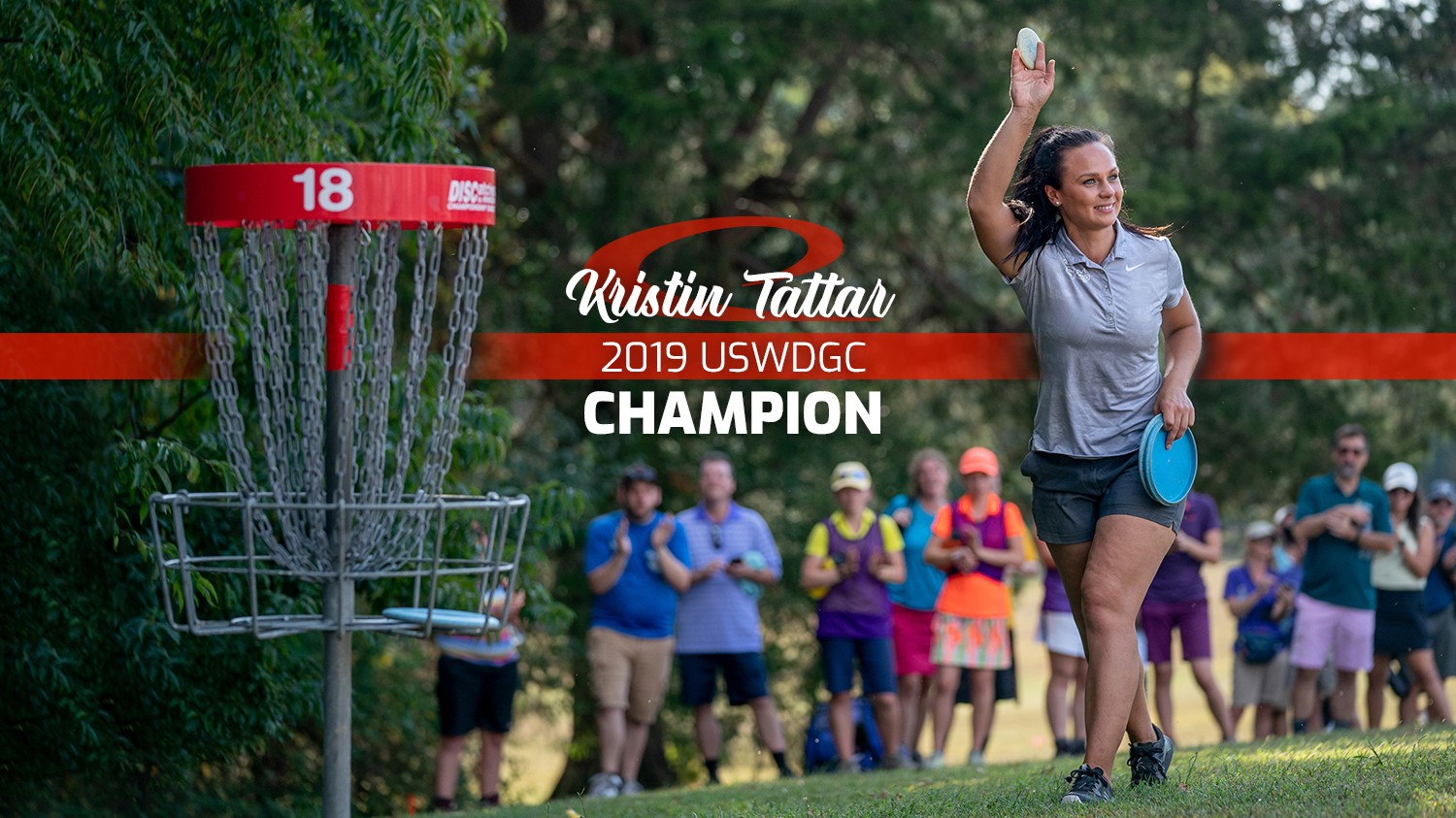 Team Latitude 64’s Kristin Tattar outplayed the competition at the US Women Disc Golf Championships. She duelled with the World Champ Paige Pierce in the final round. Kristin handled the pressure brilliantly, shot the hot round with 6-under par and gained stroke after stroke on the back nine. When Kristin made the birdie on hole 18 she was four shots ahead of Pierce. This was Kristins first win at US soil, her first Major title and was also awarded with a spot at the prestigious US States Disc Golf Championship.

“It feels great. Finally I managed to win a big tournament. I’ve been dreaming about it and waiting for it for a while”, Kristin says.

What is so special with the USWDGC?

– USWDGC is special because you see so many women out there, connected with the same passion. It’s awesome to see that every year this event has become bigger and better!

Can you take us through the final round and the emotions of making the final putt?

“Going into the final round I knew I had a good chance to win it if I play well. Also I knew that I can’t get too excited and have to focus on my goal – playing well! Of course at times I felt nervous and missed a few putts but overall I handled the pressure well. Going into the last hole I still wasn’t thinking about the win, I just tried to make good shots and when I finally stepped up to my putt and made it, then I had a sigh of relief. I finally did it!”

What was working well with your game for this event?

“I would say that my putting was pretty good. I made some long putts and felt really comfortable and confident on the putting green.”

Were there any discs that were more important than usual at the USWDGC courses?

“On the open par 4 holes I relied on my Biofuzion Defenders and they worked well for me! I was also throwing my Gold Line Claymore a lot – I think it is a great disc for playing in the woods. I also have to say that I love my Zero Medium Pure for putting. I can attack the basket on a straight line and don’t have to worry about fade.

You were also rewarded with a spot at the USDGC. Are you excited about that?

– I’m really excited to play one of the most prestigious event in disc golf. I didn’t think I would get a chance to play it but now I do and I’m looking forward to it, Kristin says. 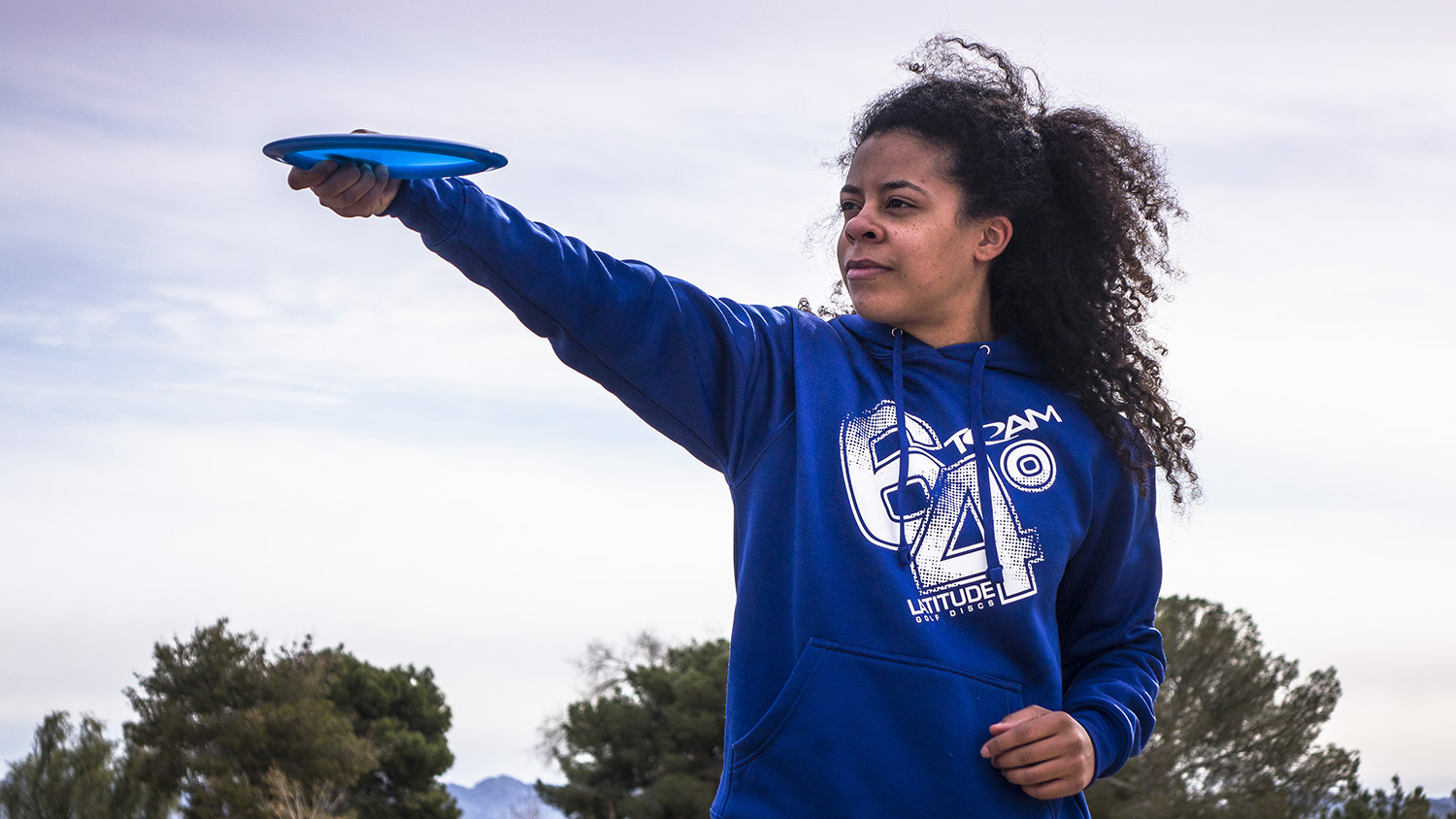 There was also a battle for 3rd place, and Team 64’s Rebecca Cox played an equally great final round. Her 6 under par brought her from 6th place to 3rd place.

Third place at a Major! Congrats! How do you feel?

“I feel amazing, taking third at a Major surpassed my goal and caught me by complete surprise. I had no idea it was such a battle to the end”, Rebecca says.

You saved the best round till last. Can you take us through the final 18 holes?

“During the last round, I was really determined to shoot my best and improve on my first round. My goal was to play as clean as possible. I was bogey free until hole 15 and had connected on some birdies that I missed round 1.”

What was working well with your game for this event?

“Everything felt good this tournament. My mental game and confidence with my putting definitely kept me in it when some of my drives were less than ideal.”

Were there any discs that were more important than usual at the USWDGC courses?

“I was throwing my Tursas a lot more than I usually do. A lot of holes end on the right, so having a reliable mid that turns was key.”

How has your touring season been so far and what’s coming next?

“My touring season has been pretty good this year. A little hot and cold at times, but the past few tournaments have felt great. Right now I’m taking some time off before playing the Hall of Fame Classic and the DGPT Championships”, Rebecca says.