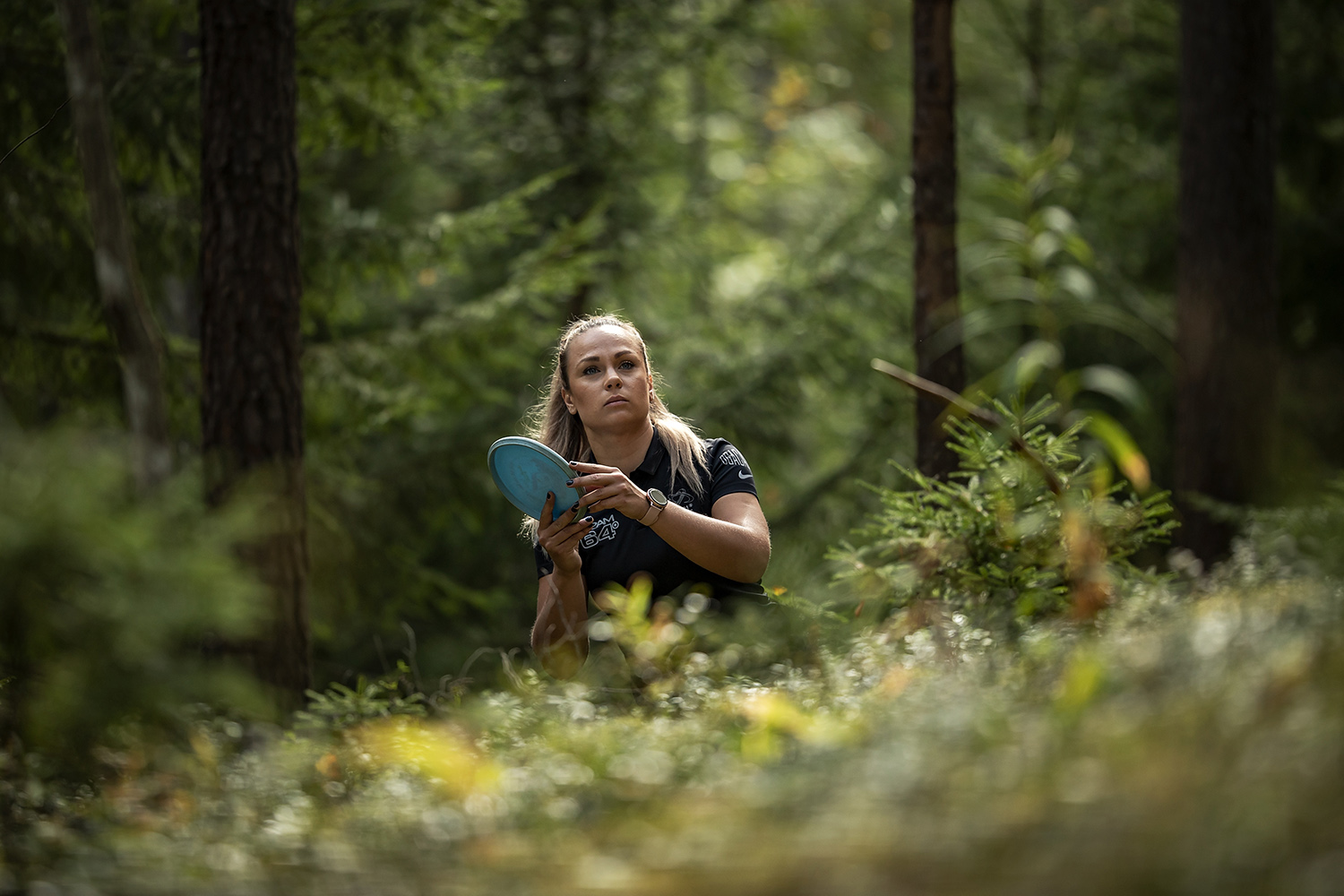 Kristin Tattar beating the best in the world – despite an injury

Kristin Tattar is back in Estonia after a long awaited US tour. She did not get the World Championship title she wanted this time, but she definitely showed that she has the ability to win one in the future with impressive wins at the DGPT events Great Lakes Open and The Preserve Championship. We had a chat with Kristin to sum up the tour, and hear about the future.

You finally made it to the US and as usual you stirred up the pot with some world class performances. How would you sum up your US Tour?
“Overall I had an amazing trip to US this year, which contained a lot of emotion. I came back with so much knowledge and I´m so grateful I had the opportunity to do this”, Kristin says.

You finished with wire-to-wire DGPT victories at Great Lakes Open, and The Preserve Championship, and we noticed some tears when receiving the trophy. What made the win a Great Lakes Open so emotional for you?
“Getting the win in DGLO meant a lot because this was something I went on this US tour to do – play my best and challenge the best in the game. That finally happened in that tournament. So when I got the last putt in then all the emotions came running – I felt so good I was able to overcome my injury, all the insecurities that I had during World Championships and just feel comfortable on the course and do what I had been training for the last year. It felt amazing!”

We saw you reaching for your Grace a lot for distance shots. What is it that you like about it so much?
“Ever since I´ve started playing with Latitude 64 I´ve had pretty much the same bag over the years because I find it really hard to “get friends” with new discs. But when I threw the Grace for the first time, I knew this is it – this will definitely go in my bag. Grace just felt so comfortable in the hand with both backhand and forehand and I really like to switch between the two teqhniques. So this felt amazing to finally have a disc that I can use for both. Grace has super nice grip thanks to the new plastic and it is very easy to control and seems to glide forever. Definitely recommend this to everyone.”

How does the rest of your 2021 tour schedule look like?
“I will be competing in European Championships next week, then I´ll take part of Estonian Nationals and after that hopefully get to plan a second trip to US to take part of Throw Pink and maybe some more events”, Kristin says.

We understand you have been playing with an injury. What happened?
“This was a really frightening experience. I´ve never really had anything bad happen to me on the course but this time I understood immediately that something went wrong. On the last training day before World Championships I pulled my lat. I thought it wasn´t anything to worry about too much but it kept getting worse and worse. I was taking a lot of painkillers during the tournement and realized after I was finished that my lat was in a very bad situation. The swelling was so bad that it was hard to sleep and I had to be in certain position to not be hurting. I really thought that maybe this is it for me and I have to go home. This is when I contacted Seth from Disc Golf Strong and he gave me some advice how to start healing. Before the next tournament I didn´t really practise – some holes I played in the tournament for the first time just to rest my arm and I was just praying for a miracle. On the third week I was still reducing the amount of throws I made during practise and I also got a massage which definitely helped me a lot. Big thank you to Hannah who booked it for me as a birthday present! All in all, I thinks this all worked and my prayers were answered. I really wanted to make the most out of my US trip and I was able to do that. Also I´m a lot smarter now – I think the injury came because I was training too much and I still had a horrible jet lag, so my body was just too tired to deal with all of that. Next time I´ll be more careful”, Kristin says.

KRISTIN TATTARS US TOUR SUMMED UP

The Estonians are coming to Pro Worlds