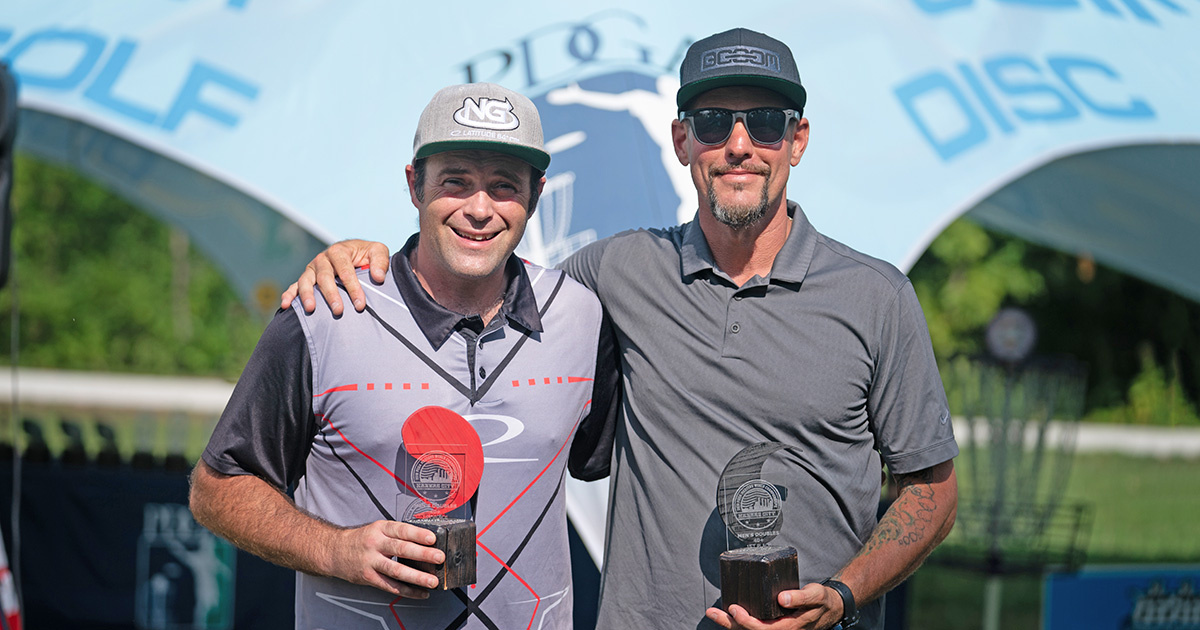 The PDGA Pro Masters Worlds Championships presented by Dynamic Discs in Kansas City, USA, was held the 14-18th of August. Team Latitude 64° was represented by David Feldberg and JohnE McCray in Masters (MP40+), and in Grandmasters (MP50+) we saw Patrick Brown and Eric Rainey. It was a great success, to say the least … 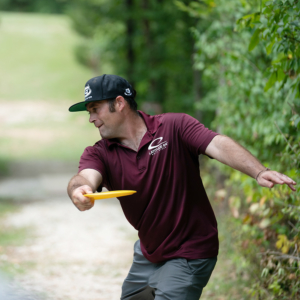 David Feldberg won his first Master World Champion title, which just happen to be exactly 10 years after his Open World Champion title back in 2008. It was a tight race all thru the week but in the end David won three shots ahead of fellow teammate JohnE McCray.

Feldberg also won doubles together with Patrick Brown and the putting competition! Quite a successful World Championships.

– This win means a lot to me as I worked hard to get back into playing shape. I had reconstructive foot surgery and spinal neck fusion in just the last three years. The doctors said I would never play on the level again. I love to prove naysayers wrong. I managed to play because I finally was not in pain while throwing and I have in the last 3 months regained my power and driving accuracy. Then a month ago the GLO Pro Tour I decided to work on my putt, which had been horrible. I spent a few hours at Hudson Mills by myself and it just clicked. I also had a very helpful caddy in David Potts and my girlfriend Synthya flew in to support me. Support does help when you are trying to win, David says.

Which discs did the most for you this week?

– My Ballista Pro were my go to driver for everything over 380. I just love this disc and it’s flight. I can count on it to do what I think it will do every throw. The Next Gen Gold Line is a true workhorse and does all flights from anhyzer to flex, to long flat hyzer. My Opto X holds in any wind and skips farther than any disc I have. With the addition of these discs to my bag this year I feel I finally have the distance disc I need to play my best, David says.

– The Striker was my savior this week as the courses required a series of holes where you had to throw a disc 3-400 feet and keep it straight and land without skipping or flaring. 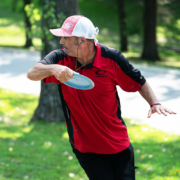 … and not to forget 2nd place finisher JohnE McCray. He played well all week and snuck by Barry Schultz in the final 9 to finish 2nd.

– What a whirlwind I’ve been on. I played in The Ledgestone event and had one day to drive to the Masters Worlds. I’m happy for my friend David Feldberg on his victory and I’m pretty happy to have placed 2nd. My disc selection included Saint Pro, OptoX Saint Pro, Enforcer, Warhorse, Giant, Fuse, Verdict, Warship, Fury, Gauntlet, Shield, Swan 1 Reborn. Thank you Latitude 64°, Dynamic Discs and Westside discs for allowing me to throw the best plastic out there, JohnE says.

Patrick Brown had everything dialed in during Worlds week in Kansas City. Before the final 9 started he had a 10 shot lead, a margin he extended to 12 when he holed out for the win. He also won the doubles together with David Feldberg and the distance competition. What a week! 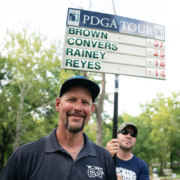 – This title means the world to me, no pun intended! I am happy to bring another 3 titles to Team Latitude 64° for this years Masters Worlds. I feel I owe Peter J Cashen most of the credit above my Latitude Disc. I had a long talk with Pete about this Worlds. His input stuck with me for the remainder of the event. Stick to my plan and play smart when called for. His plan worked, Patrick says.

– My main disc for this event were my Zero Medium Mercy putter, my JohnE McCray Opto-X Saint Pro and my Ballista Pro distance driver got me lots of birdies and another distance title, Patrick says. 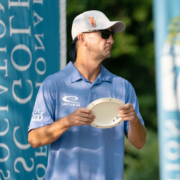 The fourth musketeer from Team Latitude 64° was Eric Rainey who also played great disc golf. He finished 3rd in the competitive Grandmaster division.

Well played and congratulations to all of you!

2018 Worlds: More than Rebecca Cox could dream of
Scroll to top