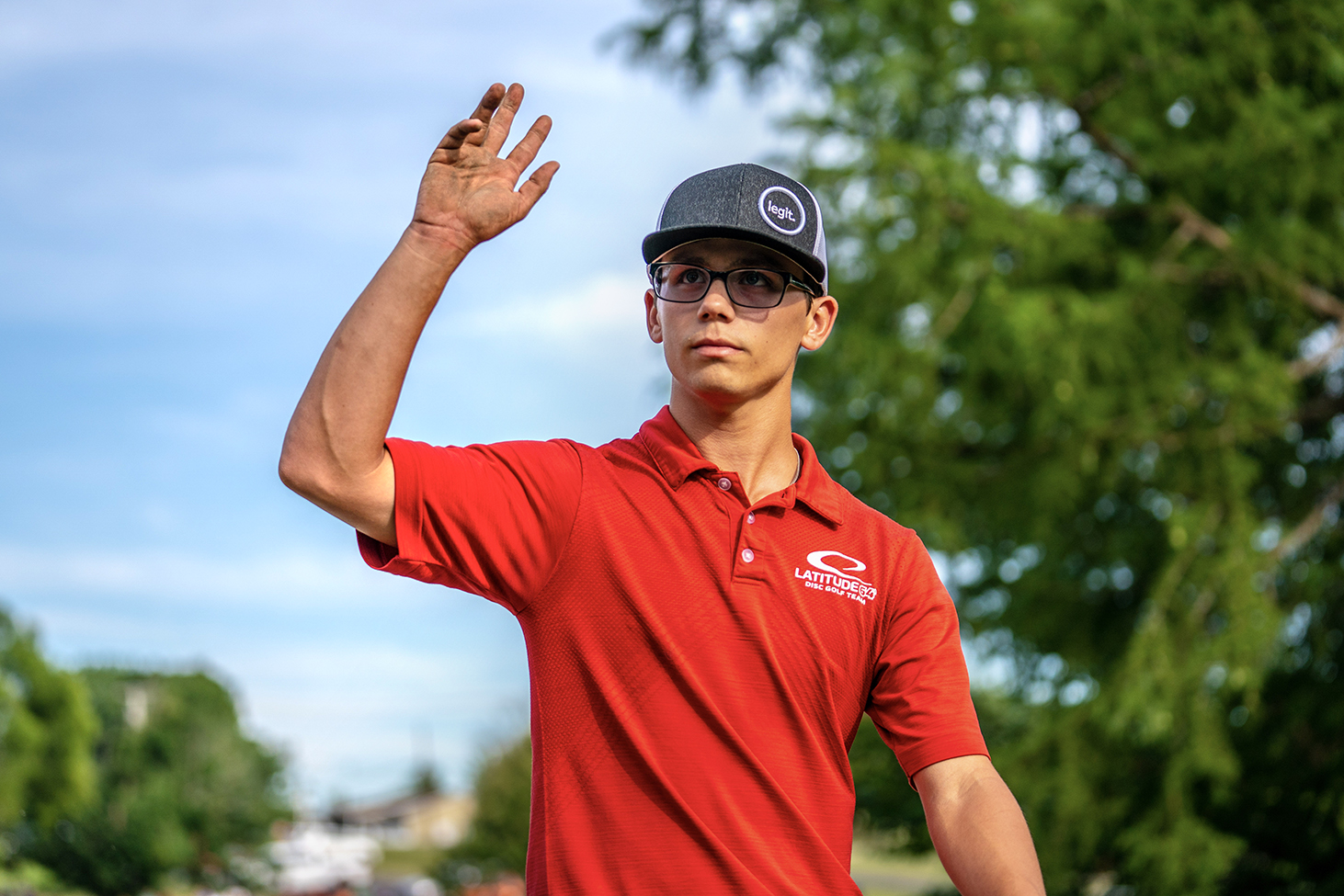 We are happy to announce that Emerson Keith will continue to play with the most consistent high quality discs in the world. The 3-year deal solidifies the partnership between Latitude 64° and Emerson, and we couldn’t be more thrilled about having him on board.
– Some people might think three years is a lot to commit to a partner. That’s not the case for me, Latitude 64° has always been there when I need anything and I look forward to the next three years. And being a part of this team is almost like being a part of a family, we often stay with each other at tournaments, go to dinners, and play practice rounds. That kind of support is just as important, Emerson says.

Emerson Keith is one of the most interesting up and coming players on tour. He is only 21 years old but plays like an experienced touring pro. Maybe because of his extensive amount of tournaments played the last couple of years (for example, back in 2017 he played a staggering amount of 73 events!). His breakthrough performance at this years Pro Worlds where he finished in 3rd place showed everyone that he is ready to battle for the big titles.
– The 2020 season is going to be the biggest yet. I will be getting into an RV with my wife and daughter and hitting the tour full time. This means I will be at all the big events and I will also get to meet more fans than ever!

Hard work, professionalism, and consistency embodies the disc golfer Emerson Keith, and those are the same qualities that we as a company live by every day.
– The best part about playing with Latitude 64 discs is knowing what they are going to do for me out on the course. The Explorer, Keystone, and Anchor are the most important discs in my arsenal, and knowing I can easily replace them with a new one that flies the same gives me extra confidence on the course, Emerson says.

So what are the goals and dreams of this Texan disc golfer?
– My main goal in disc golf is simply to be the best player that I can be, I would like to rise to the top and be a contender at every tournament I play, it is also important that I take care of and provide for my family. When it comes to dreams, I am probably just like any other player. I would like to have multiple World Championship titles and USDGC wins in my career.