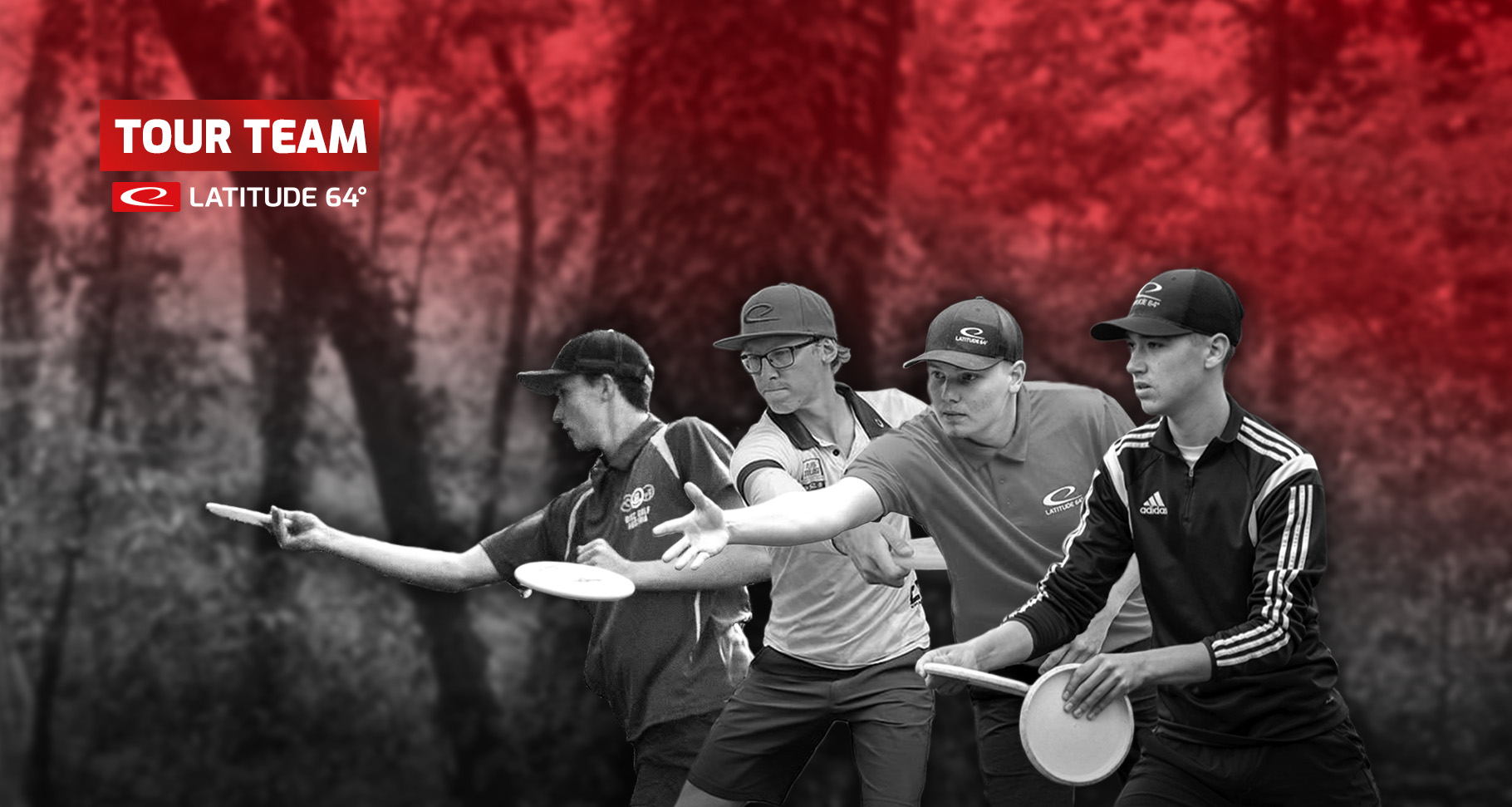 Two Promotions and Two Additions Help round out our Tour Team for 2023!

Latitude 64° is excited to welcome quite a few new members to the Tour Team for 2023. Players who are both new to Latitude 64° or being promoted from the Core Team.

Our Core Team Promotions include Teemu Lampainen and Nestori Tuhkanen. Both players are from Finland and will be looking to compete more on the EuroTour and European Pro Tour in 2023. Nestori is looking forward to competing at the European Open, and Teemu is excited about the European Championship. When talking to Teemu about why he chose Latitude 64°, he said, “I like Latitude 64° disc so much because Latitude has really good discs and of course, so much different molds. And I love the Royal Line where the plastic is very smooth and perfect.” Nestori had similar things to add, including his appreciation for the Team, “I like Latitude 64° because the discs are great, and the quality of the discs are really good. Also, all the other things are done well in the team, so I’m really excited to represent team Latitude 64° also in the season 2023.”

You can see Teemu and Nestori at quite a few events across Europe this year. Their full schedules are listed below:

This season Rasmus will be traveling to the United States to compete for the first time, doing a short US stint playing the Texas Swing of the Disc Golf Pro Tour. From there, he will return to Europe, where he will compete on the EuroTour and European Pro Tour for the duration of the season. When talking about his competition plans this season, Rasmus had the following to say, “I am most looking forward to competing in the USA and European Championship in Estonia. I want to see what USA competitions have to offer and test my skills against the best players in the world. The European Championship in Estonia is also a major event that grants me an opportunity to represent my country on home soil.”

We are excited to have Rasmus and his determination to succeed on the team for 2023. We are looking forward to seeing what he can accomplish.

We also took some time to catch up with Leon as he joins the team as the highest-rated PDGA player from Austria. When asked why he chose to join Latitude 64°, Leon said, “I am excited to work with Latitude 64° because they have a huge lineup of great discs and are great to work with as a player.” Leon has quite a few events in Europe planned for 2023. When talking to Leon about his 2023 Tour, he said, “I am really looking forward to the European Open because it’s my favorite course, and all the top players are there.” Outside of the European Open, you will be able to find Leon competing on the EuroTour and at events close to Austria throughout the year. We can’t wait to see what Leon is able to do through Team Latitude 64° this year!

We are quite excited to have these four players representing us on the Tour Team in 2023. We hope you follow along and cheer them on as they go out to represent their countries and Latitude 64° on Tour!

Jakub Semerád promoted to Pro Team for 2023
Scroll to top