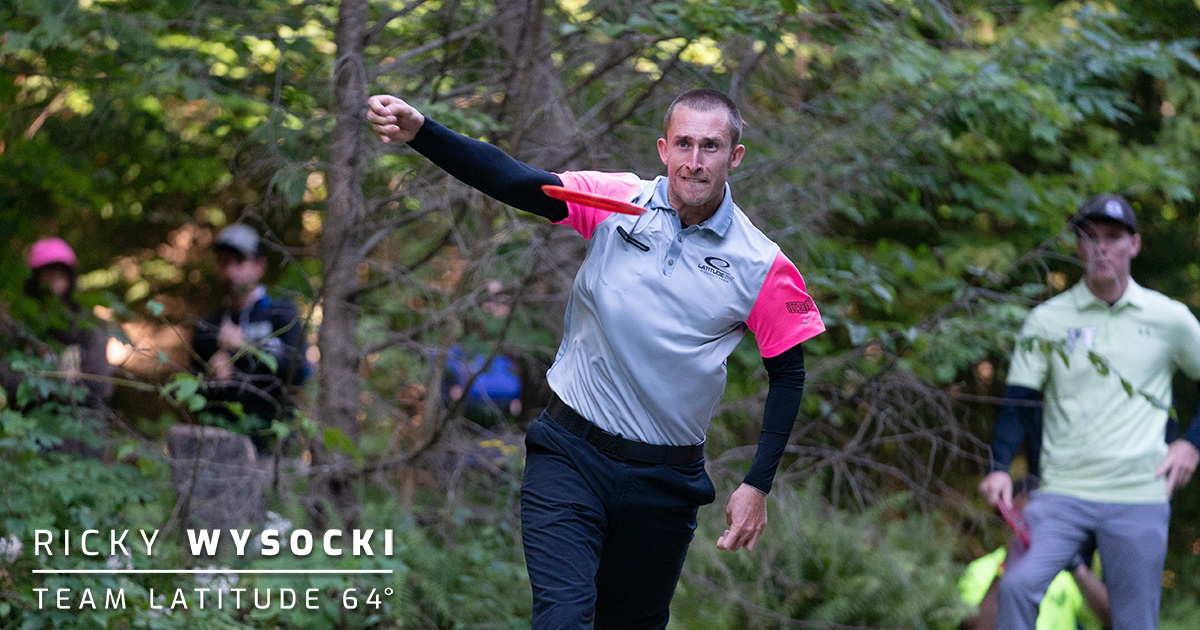 One of the season’s biggest tournaments has come and gone, and the sport of disc golf now has a new champion. No stranger to the spotlight, Ricky Wysocki attempted to make the 2018 Pro Worlds a three-peat and put up a solid performance that any professional disc golfer would be proud of. While he didn’t come away with the title he was looking for, Wysocki tied for 9th place and maintained a positive outlook during each round of the five-day event.

We got a chance to catch up with him right before he competes at the upcoming Delaware Disc Golf Challenge and learned about some of the important lessons he took home with him after last weekend.

“That’s a part of sports – it doesn’t matter how good you are at something, you’re not going to win everything,” Wysocki said when discussing his 9th place finish. After winning the title of World Champion in 2016 and 2017, the 1046-rated player obviously aimed to come out on top yet again, but knows that he can’t always win 100% of the time.

Yet the intention was still there, and Ricky spent over a week at Smugglers’ Notch learning the ins and outs of both courses. While he typically plays two to three practice rounds for any given tournament, he upped his routine to five rounds each on Fox Run Meadows and Brewster Ridge. During this time, he focused on the mechanics of his throw, and considered that element of his game to be slightly lackluster during the event:

“I was working a lot on my form and trying to get my form to where I wanted it to be for the tournament. I practiced a lot, but it never really clicked like it normally does. That’s something I’m still working on. Whether I’m winning or losing, I’m always working and practicing.”

Wysocki always pushes himself to perform at the highest level possible, and although he noted that it’s depressing to put two weeks of preparation into Worlds to come out tied for 9th, he knows that his outlook is both a help and sometimes a hurdle. “I think that’s why I succeed, because I expect a lot from myself and I put a lot of pressure on myself. It’s a double edged sword because when I’m playing well it pushes me, but when I’m not playing well it hurts me,” Ricky said.

“That’s one of the few big tournaments that I haven’t yet won,” he said. “That’s been on my bucket list to win that one. I have the shots and know what it takes.” We wish Ricky the best of luck during the rest of his season and congratulate him on his top 10 finish at the 2018 Pro Worlds!

David Feldberg clinics: A Game of Lines
Scroll to top