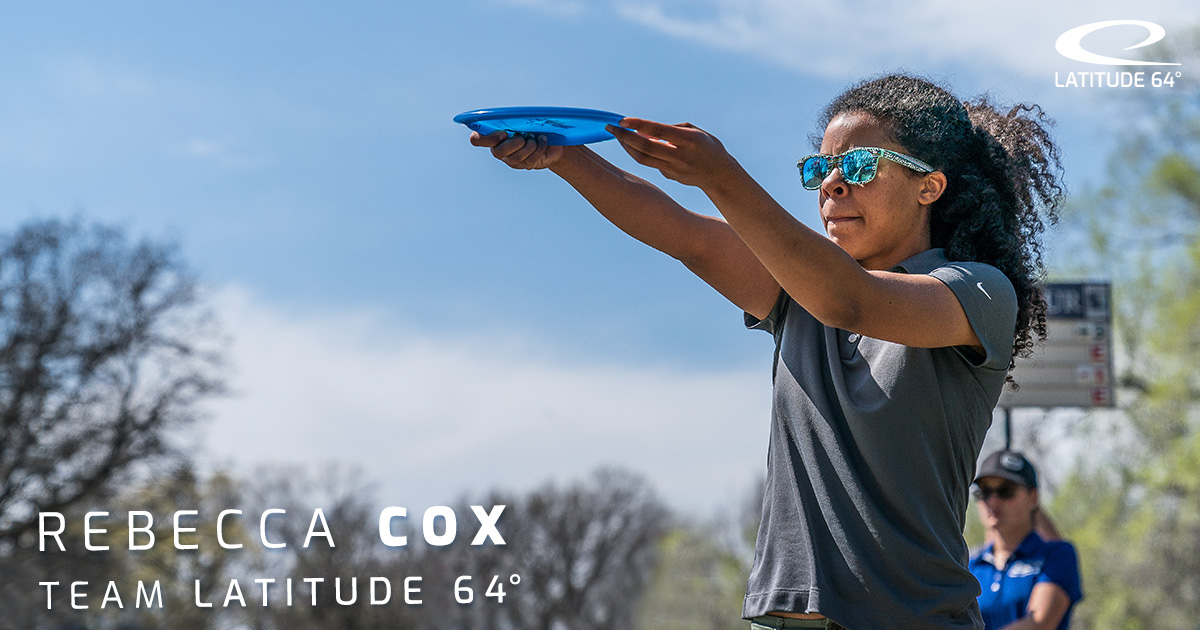 A still relatively fresh face on the touring circuit, Rebecca Cox had high hopes when she started the 2018 season. Last weekend at Pro Worlds, one could say that her dreams were realized. Placing 31st last year in Augusta, she set her sights high and aimed for a top 10 finish, but most importantly wanted to have a good time.

Her stellar performance landed her in 5th place and thanks to a ratings update just a few days after the event, she’s reached another major milestone in her career. Let’s see how she approached this important event and what tools were instrumental in her success.

Cox didn’t place a ton of pressure on herself at this year’s Worlds, noting that she simply wanted to play her own game and do the best she could. Her attitude was one that helped her a great deal, as she explained, “I felt that my mental game has improved so much over the last year that Worlds honestly felt like any other event.” After hitting her lines right out of the gate and giving it her all, she landed herself in the top position following day one.

“After the card was all counted up I was immediately interviewed and told I was leading the pack by three strokes. I was totally unaware because I didn’t really keep track of my score. I was stoked! I was a little nervous, but I was more happy than anything,” she said. This momentum carried her through the next two days as she stayed well within striking distance of her competitors.

Dealing With The Unexpected

A quick look at her scores across all five days might make you question why Rebecca let off the gas toward the end of the event. We found out that it wasn’t by choice:

“Unfortunately I had a shoulder injury that started during round three that really affected my throw. It hurt every time I threw backhand, and I’m a mainly backhand player. It made it difficult to commit to my shots, but I played through the pain. It forced me to play less aggressively and got me into trouble sometimes resulting in OB strokes or bogeys. I’m trying to let it heal before my next big event, USWDGC.”

Although Rebecca’s shoulder prevented her from scoring like she wanted, she found solace in her trusted discs. Her Trespass, Maverick, and Gold Line Compass all aided her in maintaining her position among the top talents in the sport. What’s more, Cox set a specific goal for this season and had some exciting news to share with us: “My goal this year was to reach a rating of 930, which I actually just met today! As of now I am 931-rated.”

She’s already looking forward to the rest of this year and will be competing at the USWDGC, the Hall of Fame Classic, and the DGPT Championships. Beyond that, Rebecca is setting some big goals for her 2019 season and can’t wait to continuously improve upon her game. A huge congratulations on your awesome finish at Worlds, Rebecca, and good luck during the rest of your season!