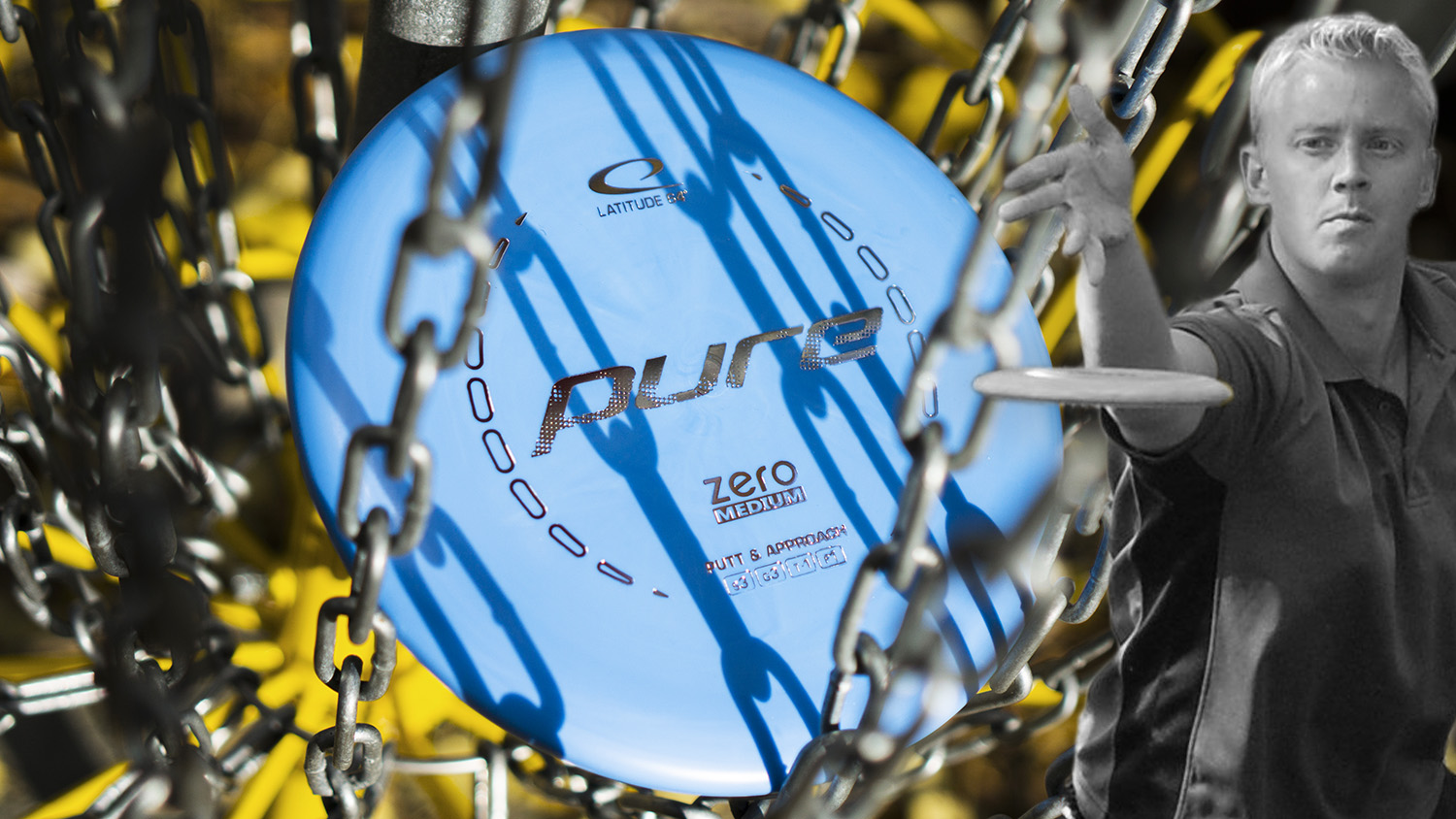 The Story of Pure – Jesper needed a new putter

Pure is by far the most popular Latitude 64° putter, and it has been around for a while now. But it wasn’t the first. Sinus was the first, then came Spike, and the history of our third putter, the Pure, starts in the fall of 2008 and involves a tall blond guy – who was just happens to be the Swede to win a PDGA Major in the open division.

Jesper Lundmark, the best disc golfer Europe had seen to date, and he had just finished his season. A season where he won back to back over the biggest stars in the game at major European tournaments. Jesper Lundmark, having grown up in Skellefteå and a close friend of mine, was now ready to take a chance and sign a contract with us. Even further back in time when me and Svante Eriksson (L64 co-owner) were sponsored players and Jesper still was a junior we could see the potential in him and we convinced our sponsors that he was a name for the future. So in a way he has followed in our footsteps since the beginning of his career and maybe that was the reason he felt that he wanted to sign with us. I’m saying he took a chance because he was already sponsored by the biggest Disc Golf company in the World and had every disc he needed to be successful. We on the other hand had only 8 molds at the time, and some of them weren’t perhaps perfect for him. 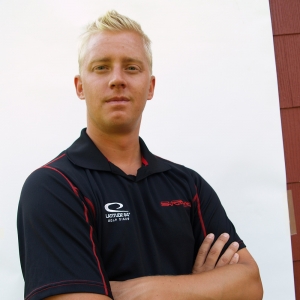 Anyway we gave him a set of discs and he practised with them for a few weeks and then said;

“I like the Core, Trident and Striker (Jesper had actually given me feedback during the development of the Striker) but I would need a different putter, because the Spike feels a bit too shallow to me. I would also like to have more stable drivers, so if you can fix that I’m onboard”, Jesper said.

In January 2009 we signed the contract and now it was up to me to give him a putter that he would like. We had a short conversation about the putter and he wanted something that had a medium deep rim and a neutral flight. Because of the time of the year I had to work fast, and make it right. On Feb 1st I saved the file with the working name the JELU Putter.

The mold of the disc was manufactured pretty fast and one evening in March it was time to see it fly for the first time. That night it was snowing slightly and the ground was covered in snow so it wasn’t the best testing environment but I guess we are kind of used to that living this far up north. We decided to open a gate in the factory and throw it out from there so we could have good footing. The very first throw showed us that it flew like we wanted it to and the next 10-20 shots, confirmed that we were happy with the outcome. The next day we sent 3 discs to PDGA for approval and it was approved on April 13th. For all Pure lovers out there you might know that the first Soft Pures were a bit stiffer than the Soft plastic is today. That change came when we introduced Medium and Hard. We wanted to have a more noticeable gap between the different blends as the difference between Old Soft and Medium was a bit too small. 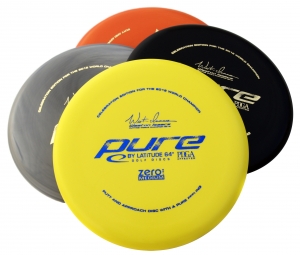 How come we named it the Pure? That’s a good question but I guess I’m the one that is responsible for that as well. Like I said in other “Histories” we used to have a working name, and after the first disc is produced and I can feel it in my hands we try to come up with names based on how it flies or feels. Pure was something that came to mind when throwing it, it was just “Pure” (perfectly in tune), I can’t remember if we asked Jesper about the name and if he was involved in that but I don’t think so. He of course tested the disc and liked it (Youtube video of him putting with the Pure back in 2009) and apparently it was good enough because he won a PDGA Major – the European Open, that same year! Also worth mentioning is that the Pure with Weston Isaacs as a pilot won the PDGA Worlds Putting competition in 2012. And today it’s Kristin Tattar’s weapon of choice, so the Pure is here to stay and has been a favourite for many players in over a decade. 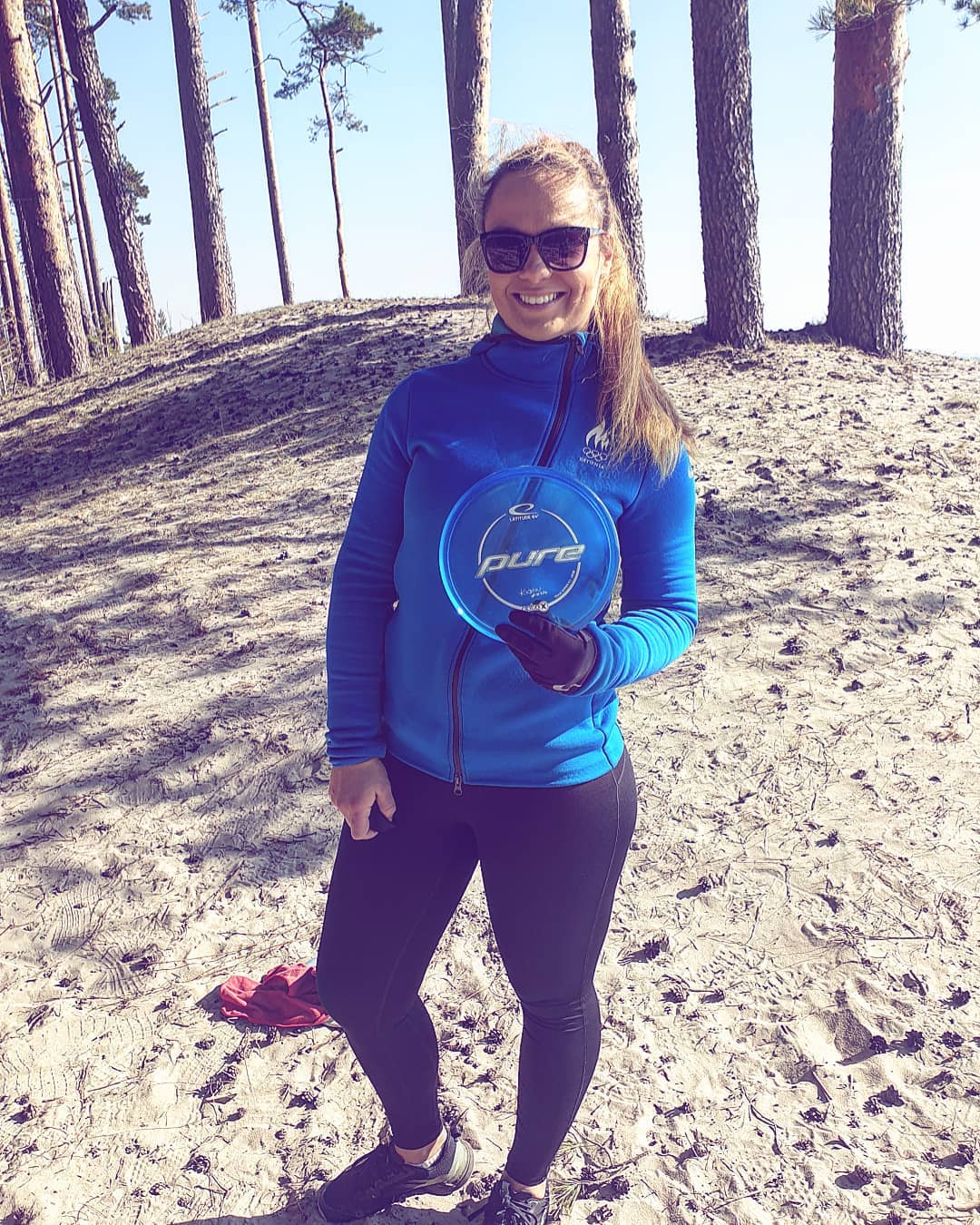 Zero Medium Pure is Kristin Tattar’s putter of choice, and for the 2020 season she has the Opto-X Pure as her Team Series Disc.

Pure is available in a wide selection of plastics at the Latitude 64° Factory Store. 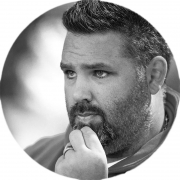 The story: How Explorer came to be

Storytime with Tomas: From Guide to Fuse
Scroll to top