Golden boys at the WFDF Championships

Anton Lindh won the gold medal in the Disc Golf event and silver medal in the Distance competition. Anton Kappling had a great tournament winning gold in Discathon, silver in Disc Golf and his overall performance earned him a bronze medal! 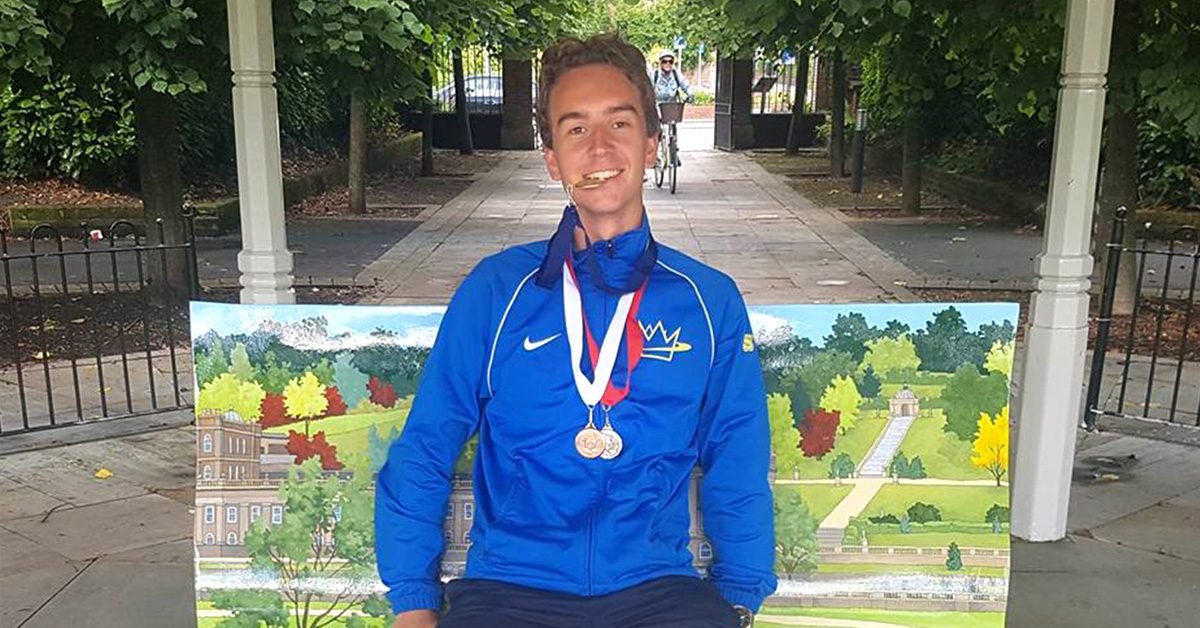 Third place at the World Overall Championships. Congratulations! How are you feeling?
– It felt amazing and it was a lot better than what I expected before the tournament started. It feels good to know that I can play every event in the overall on a very high level. Looking forward to compete against the gold medal 2019, Anton Kappling says.

You won the discathon event. What was that like?
– To become the best player in the world in Discathon felt unreal. I have never been happier. I ran the final almost 45 seconds faster than in the semi and it was with no doubt my best Discathon race ever.

Your Latitude 64 team mate Anton Lindh won the disc golf event and you got the silver medal. Happy about that or where you going for gold?
– Anton Lindh did a great job at the disc golf event and I knew it would be very hard for me to take the 2 shots I was behind into the final round. The final round was just 20 minutes after the Discathon final so i was very exhausting and Anton played really good so I’m very satisfied and I’m happy that I could stick to my second place because most of the people behind me had not competed  in Discathon that morning.

How did you prepare for this event?
– I practiced every event very hard and many hours. I focus most on Disc Golf, SCF, DDC and Discathon. Cardio and strength exercises
are very important as well to be able to play all the events. 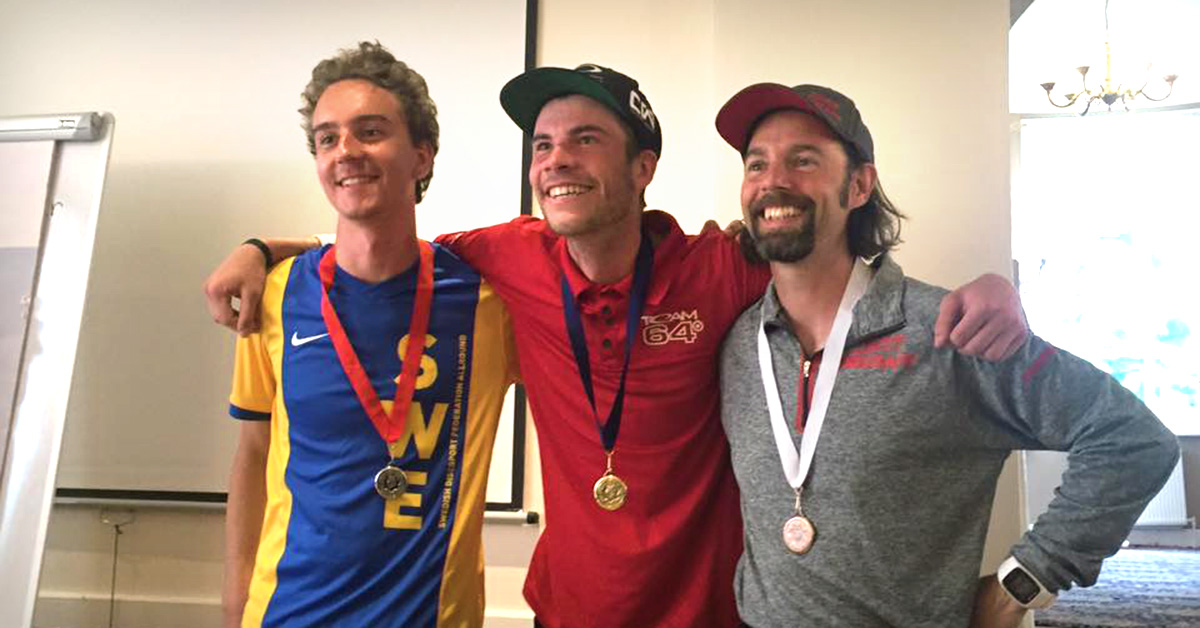 Anton Lindh in the middle winning gold in Disc Golf. Anton Kappling to the left with his silver medal.

Congratulations on winning the Disc Golf event! How was that?
– It was really tough course. I started the first round with par, 3rd place and 3 shots to the leader. It was hard conditions but I played really good and was leading with 2 shots before the final round. The final round was really windy and I played up and down. I finished at par and won with 5 strokes before my teammate Anton Kappling, Anton Lindh says.

And 2nd place at the distance competition. Tell us about that.
– It wasn’t perfect conditions but I threw 163 meters in both round 1 and 2. That got me in the finals. It was really rainy and difficult to throw on the slippery grass. Out of the five shots in the final I only had one good shot, 164 meters. Rob McLeod was a little bit better that day and threw 167 meters. So close to gold, but I got the silver medal, Anton says.

Way to throw boys and best of luck in future tournaments! Go Team 64!