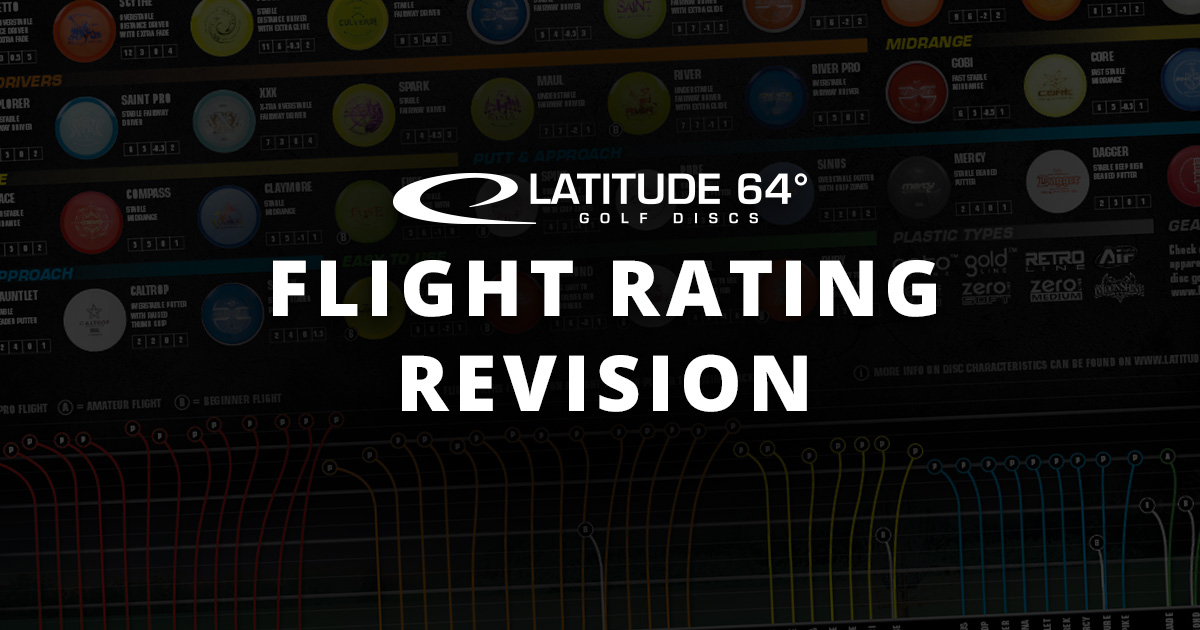 The big flight rating revision of 2018

Thanks to the feedback of our many fans we realized it was about time to take a hard look at our flight ratings. We agree with you guys, some of them has just not been accurate. Why? We have evolved! There has been two main stages for us.

2006-2011. A lot of our discs were released a long time ago. Our first discs (Sinus, Medius, Primitus) were produced 2006, and back then we rented machine time from another company. Our first very own injection molding machine touched down on the factory floor 2011. Being in full control of production gave us the opportunity to develop in ways we could not imagine. We made better discs, and some discs saw some changes along the way.

2011-2017. We will not go into full detail in public, but as we have evolved we have made some slight changes in our disc production techniques. Apart from making discs that fly great, look good and feel comfortable, we have also put great effort in making as consistent runs of discs as we possibly can. Some of our discs has seen slightly different flight characteristics because of this. Saint Pro is one example. When it was released we had some really good runs that we were happy with, but there were unfortunately also a few runs that were less satisfactory. The Saint Pro’s produced today are less overstable compared the first runs, but the consistency has improved immensely.

2018-. We now feel that we have reached a level of consistency which requires a flight rating revision. We still have a lot of work to do on this matter. Reaching 100% consistency is an utopian impossibility due to the organic material we are working with. But our goal is, and has always been, to be in the forefront of improving the quality and consistency of golf discs. You should not have to be a disc detective to replace your favorite discs.

We hope you feel we are doing a good job, and we promise that we will keep finding ways to do it even better.

Here you can find the updated Flight Chart >

The Explorer and Ballista Pro Release